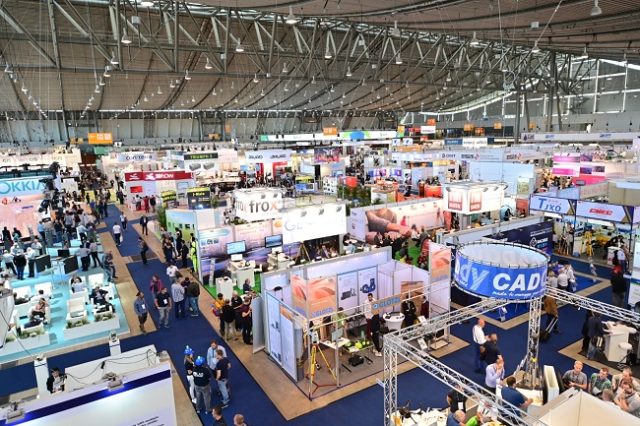 Trimble had TX5 in the past years (rebranded FARO) and released  TX8 and its limited version TX6 lately. They had also SX10 in the product range as a combination of Totalstation and laser scanning device. In this exhibition, It was observed that ,Trimble booth was full of new TX7 demo kits which they claim that it is a breakthrough in laser scanning. On the software side, Tirmble offers Perspective for TX7 operations and office evaluations, where they offer  Trimble RealWorks ve Business Center for further advanced point cloud processing.

On the mobile mapping side, Trimble’s inventory contains below:
MX2 is with  entrence level lidar systems , MX7 with 360 panoramic imaging system and MX9 as a flagship for all mobile applications in one unit equipped with Riegl lidars.

Leica has been investing on reality capturing market for diversifying solutions. After the tiny BLK360 was relesed , Leica added new devices into their product basket such as BLK to GO , RTC360  In the booth, one of the attraction point was the BLK to GO corner that visitors were allowed to experience the handheld scanning for themselves. Leica also announced the LT version of RTC360 during the event There were no changes in the high end segment P series. P30 , P40 and P50 were also holding their places in the HDS stands.
Mobile mapping devices Pegasus2 Ultimate and Backpack were exhibited as well in separate places. In laser scanning one of the mostly known brand is undoubtedly Faro by its terrestrial laser scanners. Being developed through Photon, S, X and again S , M series, the FARO FOCUS devices have a range of M70 , S70 , S150 and S350 products.  On the otherhand, one new development from FARO’s booth was the mobile platform called Focus Swift. The platform is a combination of Focus S series unit and a ScanPlan unit basically. The ScanPlan collects info for SLAM while Focus device scans the overall areas. And smart thing is that, the system does not require a big PC , handled by a mobile phone or a tablet.

We also observed that even though Faro does not produce Mobile lidars for itself, SITECO uses Faro Focus devices on their mobile mapping platforms, so that Faro actually is not being so away from the Mobile mapping market. 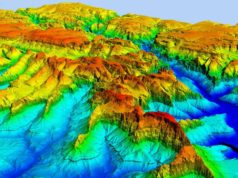