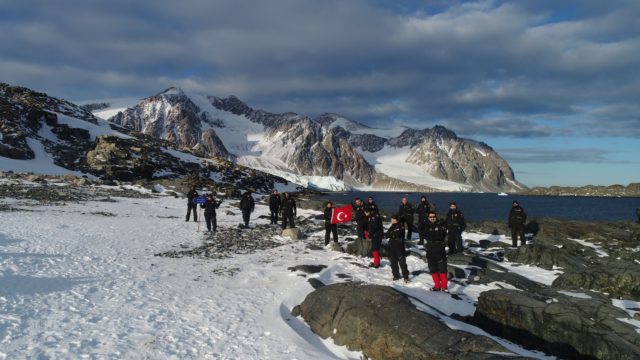 Although we may not be aware of many studies in the field of science and technology are essential, almost all issues of vital contributions to the pole sector of the map industry’s contributions, usage patterns and special studies will continue to share with you with this series of articles. The Antarctic Continent is known as the 5th largest continent in which the world’s coldest climatic conditions are experienced. While there are no locals, there are around a hundred science stations. While the discovery of the continent was put forward by sailors and cartographers in the 1800s and 1900s, the map of the South American coasts drawn by Piri Reis in 1513 includes the islands closest to Antarctica and thus being one of the oldest maps of the Continent. feature. This map of Piri Reis is also included in many international books. The importance of the Piri Reis Map was emphasized, as can be seen in the book “Terra Australis Incognita olduğ supported by the Bulgarian Antarctic Institute in recent years. In addition, the photo exhibition showing the maps in the book was brought to our country with the support of ITU Polar Research Center and participated in the presentation at Istanbul Technical University. National Antarctic Science Campaigns are carried out under the auspices of the Presidency, under the auspices of the Ministry of Industry and Technology and in coordination with the Istanbul Technical University Polar Research Center. At the National Antarctic Science Campaign, which was successfully completed in the last three years, the Campaign Leader presented the Piri Reis Map to the science stations of dozens of different nations visited during the campaign.

Due to the climate and distance of the Arctic Ocean and the Antarctic continent, it often provides little opportunity for scientific expeditions. The main reasons for this are the distance between the regions and natural factors such as sea ice. With the development of satellite technology in recent years, polar regions can be monitored by remote sensing method. Especially with SAR technology, this gap of optical satellites, which cannot obtain surface images due to high cloud rate in most periods, is closed.

During the National Antarctic Science Campaigns, all satellite data are analyzed by the ITU Polar Research Center. With satellite data, it is possible to track routes at once, iceberg hazards, status of bases, snow, etc. Many factors such as the state of natural factors can be predicted in advance. However, high-resolution images that are expensive are not always available. In our country, the technical specifications of Göktürk 1 and Göktürk 2 satellites within the Air Force Command and RASAT satellites within TÜBİTAK Space are capable of receiving images from these regions, and obtaining the optical image of the Turkish Scientific Research Camp 2019-2022 established on Horseshoe Island.

Surveying in the Arctic “Antarctic Maps”