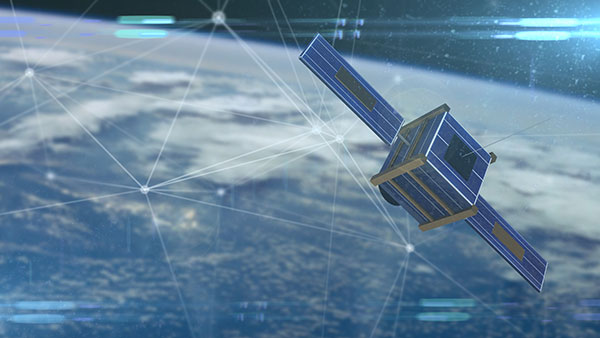 France has begun the Synchrocube project with an aim to provide a complementary service to GNSS. In the project, a low-Earth-orbit nanosatellite will provide synchronization functions when GNSS navigation signals are unusable.

Development of the Synchrocube is part of the French recovery plan for the space sector. Planned to be 6U in size (typically 20 × 10  × 34.05 cm),  the satellite platform is being developed by Syrlinks, which will provide both the payload and the ground receiver necessary to provide the location and timing service.

By pooling their technologies, the companies in this consortium demonstrate their ability to provide effective and competitive solutions to respond to ambitious space programs.

“Synchrocube represents a major evolution for Syrlinks,” said Guy Richard, Syrlinks CEO. “The implementation of a project as sizeable as this opens up new commercial prospects for the company. Syrlinks, initially known as a satellite subsystem manufacturer, is on its way to becoming a service provider.”