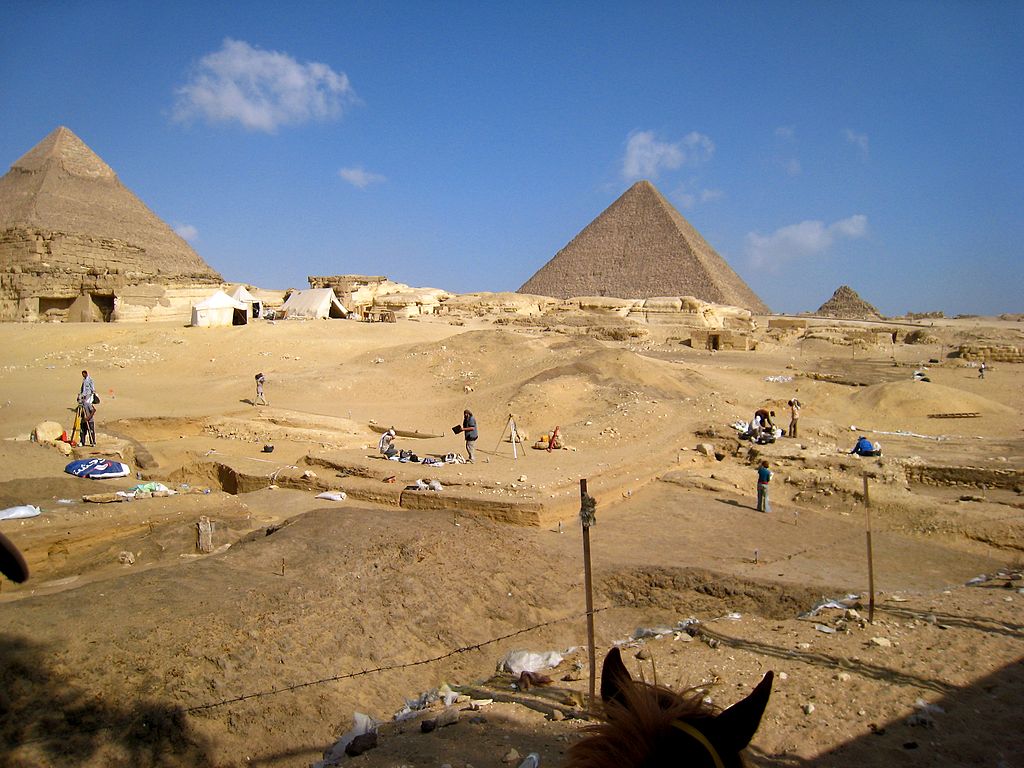 “The tasks of paleontologists and classical historians and archaeologists are remarkably similar — to excavate, decipher and bring to life the tantalizing remnants of a time we will never see.”
— Adrienne Mayor

Heatwaves rose up from the dusty, dry, cracked ground. Tiny black flies buzzed around the team’s eyes and faces. The only shade was under a canopy erected across the shallow open trench where half a dozen people gently brushed away the layers. Dirt is time; the deeper one digs, the further back in time one goes.

A layer 23,000 years old is exposed at nearly two feet down, revealing footprints of a female and a toddler. It tells a story of her mile-long journey through the soft clay mud. Roaming nearby was a giant sloth and a herd of mammoths. This discovery forces science to re-adjust the timeline of humans living on the North American continent, pushing it further back into the Pleistocene era at least 10,000 years.

Discoveries like this are the treasures archeologists seek. Archaeologists are scientists — part treasure hunters and part storytellers. They add context to history. 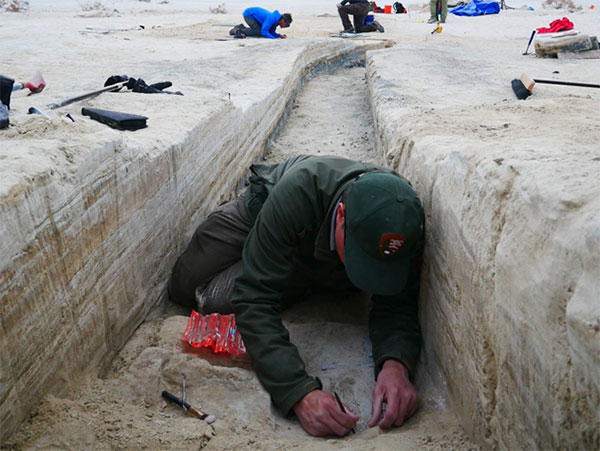 Advanced technologies are aiding new discoveries of the past. Even though the footprints were buried beneath two feet of dirt, they were discovered without physically seeing them. Ground-penetrating radar (GPR) made the discovery possible. GPR has made significant advancements in recent years, along with improvements in other types of remote sensing applications.

The resolution of GPR has improved along with the depths that GPR can detect objects. Computers can process the GPR data into 3D images providing a depth profile of the scanned area. This is how the footprints were detected. 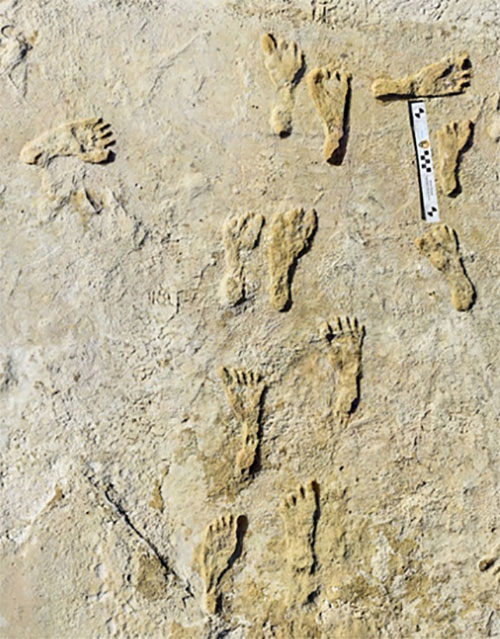 In addition to GPR, the researchers used magnetometers that verify disturbances in the sediment, which can also be imaged in 3D, albeit with a much lower resolution.

“The sediment itself has a memory that records the effects of the animal’s weight and momentum in a beautiful way. It gives us a way to understand the biomechanics of extinct fauna that we never had before,” said Thomas Urban, the Cornell University research scientist who led the team making the discovery.

Usually, archeological findings are of bones and artifacts. Fossilized “ghost” footprints of humans and other creatures brings them to life, providing glimpses of the living past.

Under ideal conditions, GPR can reach depths of 30 meters (98 feet). The accuracy and range of GPR depend on sediment type, moisture content and other geologic morphologies. Underlying GPR technology and magnetometry are robust geospatial information systems (GIS) that preserve a digital record of the discovery, allowing for further geospatial analyses. Advances in machine learning will improve future detection.

Elsewhere in the Americas, a project has been ongoing in Mexico since the 1990s using GPR to map the cenotes and underground aquifers used by the Mayans. A 215-mile-long underground water cave system — the longest in the world — has been mapped in the Yucatan peninsula. Divers exploring these cenotes found remains of Ice Age animals, including a sabertooth tigers and mammoths. 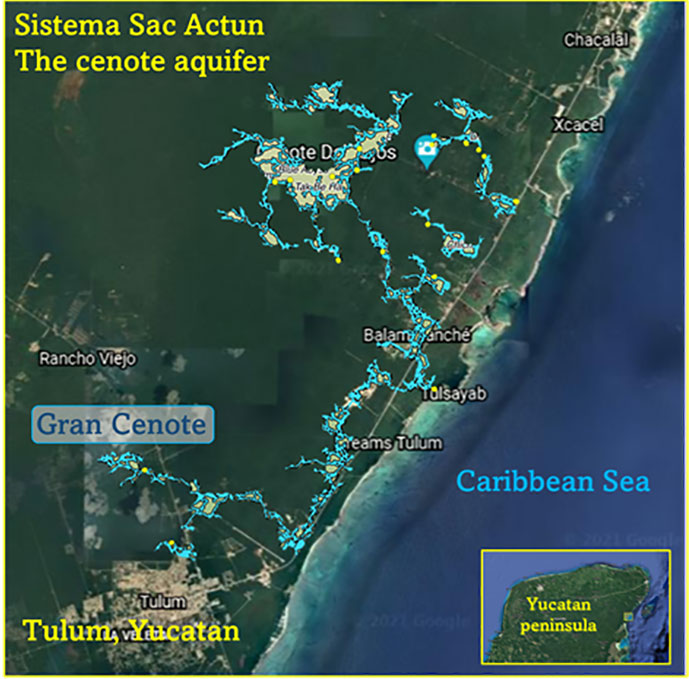 Lidar (light detection and ranging) is making even more discoveries possible with the help of artificial intelligence and machine learning. For instance, in the jungles of Guatemala, lidar revealed the unknown ancient Mayan city of Tikal.

Lidar  is an active sensor that measures ground height. Using an airborne laser scanning (ALS) system mounted to a plane, helicopter or UAV, the lidar device’s laser beams scan the landscape. The system calculates the time it takes for the beam to reach an object on the ground and bounce back.

The result generates one point for each ground object the laser touches, calculating the distance the beam traveled. Billions of points are collected during a scan. Geospatial archeologists then process the collected points into a point cloud (Figure 1). Selecting only points classified as ground and water, the points are converted to a raster image, and archeologists are provided a perspective of the bare earth under tree canopy and vegetation (Figure 2).

In this way, lidar serves as a non-destructive way to identify earthwork formations, even in dense jungle. 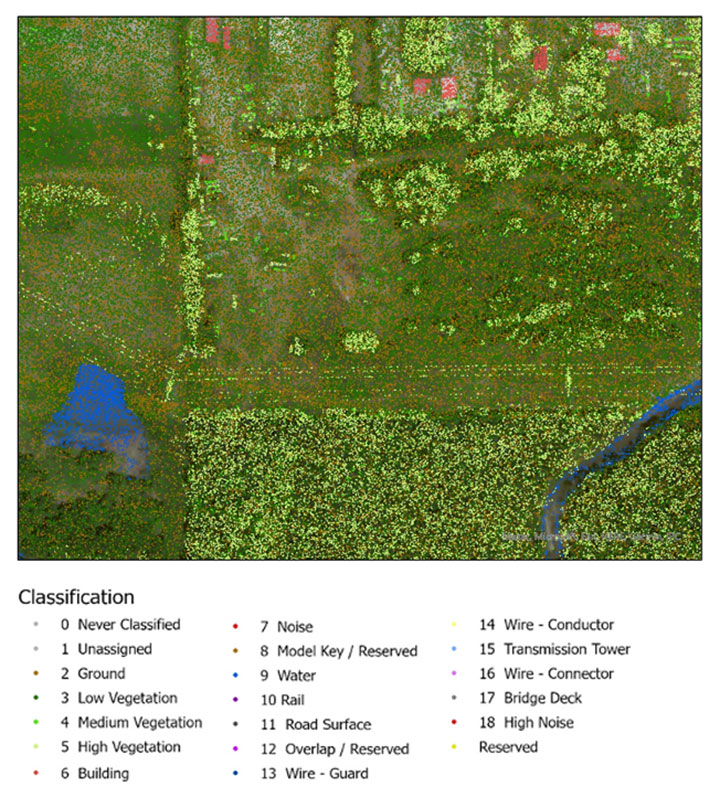 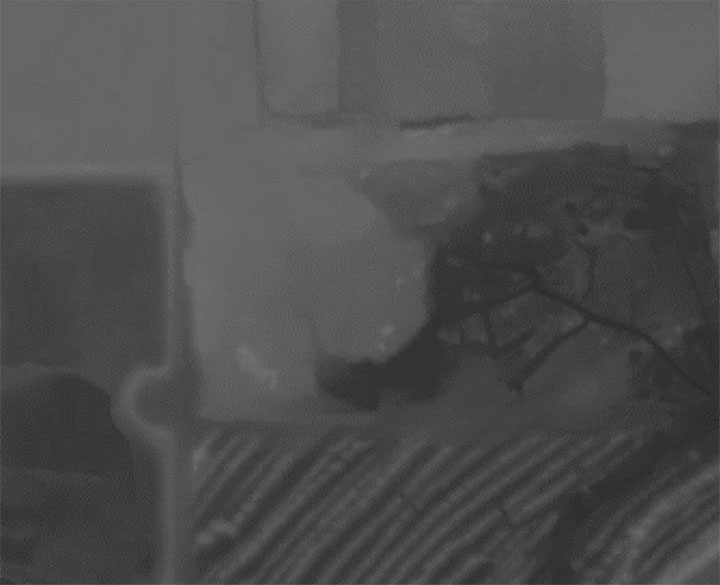 Figure 2. Lidar points are converted to a raster providing a bare-earth representation of the landscape. (Image: Stephanie Clark) 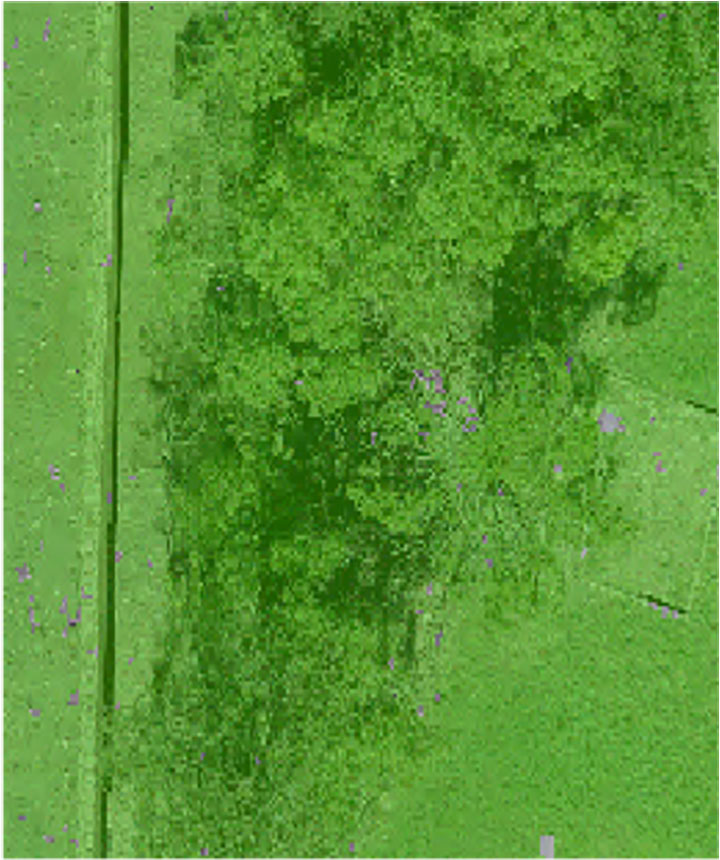 The challenge with lidar and imagery is the sheer volume of data, beyond the scope of what a human can manually review. Because of how faint archaeological features can be, the search often requires manipulating imagery datasets by combining multispectral bands, and then merging them with topographical data. To assist this huge endeavor, artificial intelligence is applied to pixel-based classification and object-based imagery analysis (OBIA) to highlight areas of interest for further study.

Dylan Davis, a Ph.D. candidate at Pennsylvania State University, spearheaded the use of OBIA for finding earthworks such as circular mounds, stone walls,and roadways in Beaufort, South Carolina. He took advantage of high-resolution NOAA imagery taken of the coast before the hurricane season of 2008. Using artificial intelligence for object-based imagery analysis, 160 previously undetected mound features were found.

The technology used for OBIA is also used for visual-inertial odometry (VIO). NASA is experimenting with VIO techniques to help astronauts navigate the lunar surface (see NASA’s Artemis program will need lunar spatial reference system). For Artemis, VIO will use the Moon’s craters as a reference system to derive an accurate position.

Perhaps one of the most significant uses of technology for archaeological research and exploration is the use of virtual 3D immersive worlds. Exploring ancient worlds as they might have looked gives archaeologists additional insights and the public a chance to experience their discoveries, connecting us with history.

The mile-long journey of a young female carrying a toddler across an Ice Age landscape 23,000 years ago seems so distant, yet so familiar to any parent. The image breathes life into our common ancestry. Through the power of GIS and modern technologies, she walked right into the 21st century.

“The man who knows and dwells in history adds a new dimension to his existence…He lives in all time; the ages are his, all live alike to him.”
— William Flinders Petrie