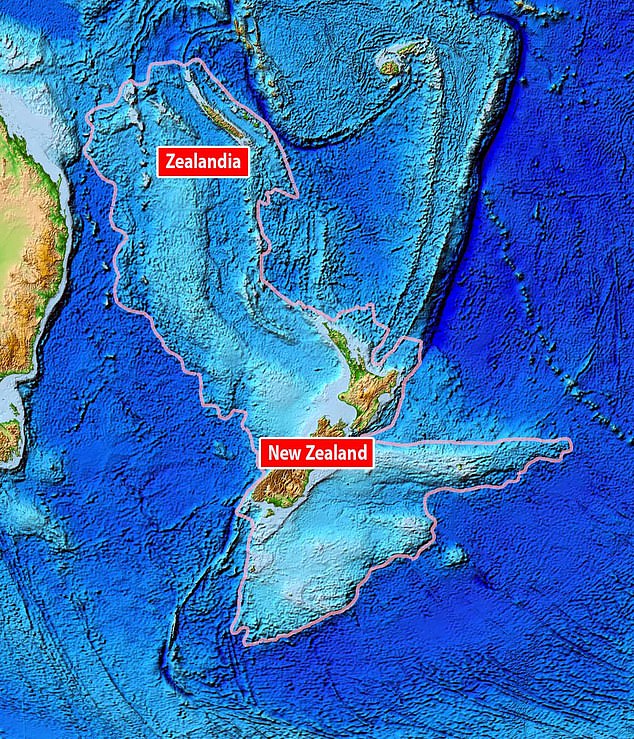 Scientists have been exploring the seafloor off of Australia to unravel the mystery of Zealandia, the ‘lost’ eighth continent that sank into the sea 23 million years ago. Australian and US experts have just spent 28 days at sea on the research vessel Falkor mapping the depth of the seafloor at Zealandia’s north-western edge.

They collected 14,286 square miles (37,000 sq. km) worth of bathymetric data which they have offered to the Seabed 2030 project. This endeavor aims to produce a publicly available bathymetric map of the entire world’s ocean floors by the year 2030.

‘We’re only just starting to discover Zealandia’s secrets — it’s remained hidden in plain sight until recently and is notoriously difficult to study,’ said expedition leader and geologist Derya Gürer of the University of Queensland.

‘Zealandia is an almost entirely submerged mass of continental crust that subsided after breaking away from Gondwanaland 83 to 79 million years ago.’

Gondwanaland is the name given to the supercontinent that included such landmasses we would recognize as South America, Africa, and Antarctica. It formed around 550 million years ago before becoming part of the larger supercontinent of Pangaea and breaking up starting around 180 million years ago. Zealandia, Dr. Gürer continued, ‘spans 4.9 million square kilometers [1.9 million square miles] and is around three times the size of Queensland.’

‘Our expedition collected seafloor topographic and magnetic data to gain a better understanding of how the narrow connection between the Tasman and Coral Seas in the Cato Trough region, the corridor between Australia and Zealandia, was formed.’

‘The seafloor is full of clues for understanding the complex geologic history of both the Australian and Zealandian continental plates. This data will also improve our understanding of the complex structure of the crust between the Australian and Zealandian plates. It’s thought to include several small continental fragments, or microcontinents, that were split from Australia and the supercontinent Gondwana in the past.’

While conducting their bathymetric survey across the Coral Sea Marine Park, the researchers also took the opportunity to study seabirds and also monitor for ocean-borne microplastic pollution.

‘Through the ship’s underway seawater flow-through system, we analyzed more than 100 samples for microplastics, in addition to 40 samples collected on a previous voyage,’ said earth scientist Tara Jonell, also of the University of Queensland. ‘Only one sample didn’t contain any visible microplastic,’ she added.

According to Dr. Gürer — who is also involved in a citizen science project to tackle marine plastic pollution — there was a clear message to be found in the seawater, which was collected at depths of up to 2.2 miles (3.5 kilometers). ‘There seems to be a higher concentration of microplastic fibers in the deep ocean,’ she explained.

Source: Mapping Zealandia: Scientists are exploring the sea floor off the coast of Australia in the hopes of unraveling the mystery of Earth’s ‘hidden’ eighth continent that sank into the sea 23 million years ago
- Advertisement -
Linkedin
Facebook
Twitter
Email