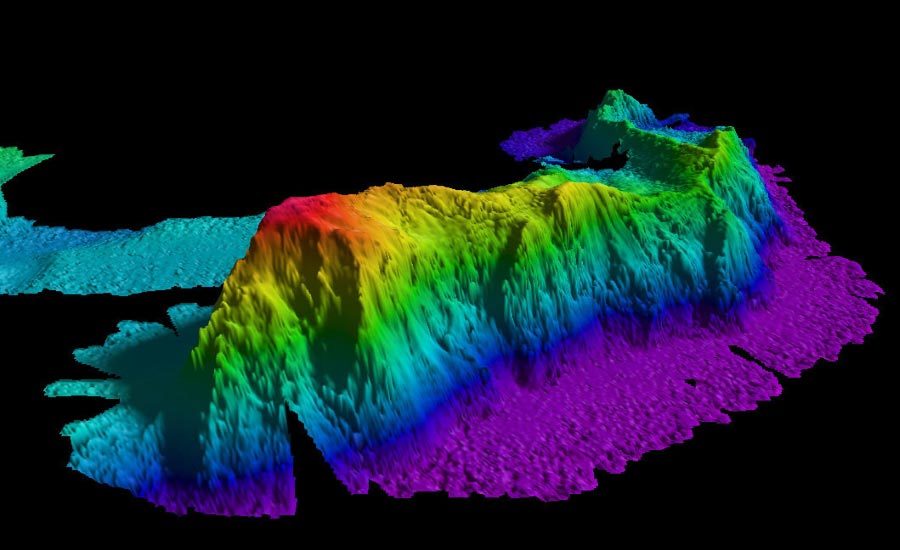 Bathymetric survey drones can be an easy solution in times when traditional bathymetric survey techniques are unworkable on bodies of water. In some cases, dense seaweed can prevent the lowering of echo sounders in water, or complicated water access can rule out unmanned surface vehicles (USVs) entirely. In other cases, you may need to conduct multiple surveys of small ponds, lakes or trenches.

When an USV isn’t an option, bathymetric survey drones have the advantage of flight, providing surveyors with more data and a new view on how to map the land below the waterline.

Not to be confused with hydrography, “bathymetry” is a term originally used to refer to the ocean’s depth relative to sea level, as explained by the National Ocean Service. However, over the years, bathymetry is widely used to refer to any type of underwater topographic survey.

In addition to surveying the ocean floor, bathymetry survey projects can include rivers, streams and lakes. There are multiple ways to conduct bathymetric surveys, including multi-beam and single-beam surveys, ADCPs, sub-bottom profilers, and Ecomapper Autonomous Underwater Vehicle.

With the expansion of what defines a bathymetric survey project, more technology has been developed to provide solutions to give surveyors access to water. “It is better to use a drone with an echo sounder for mapping, measuring and inspecting tasks and environmental monitoring if you are conducting bathymetric surveys of tailings dams and ponds,” says Alexey Dobrovolskiy, CTO at SPH Engineering, which provides software and integration services for unmanned systems. “Drones are also used in bathymetric surveys of ponds in open pits, mapping of sediments of oxidation and tailing ponds, and mapping water depths and sediments before dredging and cleaning of ponds, lakes, rivers, and canals.”

Additionally, he adds, “Drones can be used for river and lake bottom profiling for scientific investigations and environmental monitoring, underwater inspections for engineering works such as bridge or pipeline crossings, and for sludge volume measurements at waste stabilization ponds.”

Using a drone with an echo sounder in a bathymetric operation is not a complex task — maybe even simpler than most common photogrammetry missions.

Source: Bathymetric Survey Drones Can Be An Easy Fix to Complex Problems