Tracking the pace of the Pliocene and Last Interglacial warmings

Digital Surveying: How To Get Started

We have mentioned ‘digital surveying’ in a few articles recently. Time to explore this subject further and tell you how you can start easily. Your...
Read more
EVENTS

The GeoMixer monthly event is a new opportunity to network with other remote sensing scientists at all career stages from around the world!This virtual...
Read more

Recent ice sheet reconstructions and climate models indicate that the polar temperatures and global mean sea level were slightly higher than today at least two times: during the Last Interglacial (LIG; 130,000 to 115,000 years ago) and the Pliocene. Although a dramatic surface lowering of East Antarctic Ice Sheet (EAIS) during the last million years have been recently reported, the spatial distribution of this lowering, especially in response to the LIG and Pliocene warmings, remains unexplored. In order to discover EAIS’ behavior during the two times of slightly warmer climate, we focus on the Sør Rondane Mountains in the Queen Maud Land, which acts as a barrier to the EAIS. This is displayed by the difference in altitude of the ice surface to the south and north of the mountain chain. To the south, ice surface reaches altitudes above 2500 meters above sea level. Lowlands of ice are found at altitudes of around 1500 meters to the north of the mountain chain. Such an ice-landscape makes the Sør Rondane Mountains an ideal field laboratory to track the pace of the LIG and Pliocene warmings.

Based on our results of the BELARE 2017-2018 Expedition, we suggest that the surface of the EAIS during the late Miocene was at least 400 meters higher than today and thus the ice from the plateau was drained towards northeast over the mountain range. At the beginning of Pliocene, ice surface started to decrease and the south-north linkage was already broken prior to the Early Pleistocene. This surface lowering caused the ice drainage to be channelized into either across or around the mountain range. Afterwards, a second dramatic decrease in the ice surface elevation occurred during the LIG, in contrast to the Pliocene lowering, this decrease seems to be limited to the ice lowlands to the north of the mountain chain and the ice plateau to the south were not affected by the dramatic changes occurred on the northern side of the mountain range.

During this austral summer 2018-2019, we focused on the tills deposited by the Hansen Glacier, which are located few hundred meters above today’s ice surface at Mount Nils Larsen in the southwest Sør Rondane Mountains. These deposits cover the metamorphic bedrock rock and are their thickness locally reaches more than 100 meters. In the past, the Hansen Glacier built a succession of right lateral moraines on the western side of the mountain.

On January 3rd, me, Dr. Mehmet Yeşiltaş (Meteorite Researcher from Turkey) and Manu Poudelet (our guide) left the Princess Elisabeth Antarctica Station with three snow mobiles and three sledges. After 3 hours of drive along 50 km, we arrived to our camp site at Nils Larsen, where we installed one kitchen, one toilet and three sleeping tents. Until January 8th, Dr. Yeşiltaş and our guide went to the plateau and hunted for meteorites, while I, for the first time in my life, worked alone in the field. After Dr. Yeşiltaş completed his search and returned to the station, our guide had accompanied me in the field.

I focused on the succession of right lateral moraines. I identified 35 erratic boulders along the crest of these and sampled their top most surfaces for cosmogenic nuclide analysis. After, I completed the sampling, I started with flight missions of the unmanned aerial vehicle in order to reconstruct high resolution digital elevation model of the study area. On January 10th, during one of the flight missions, the connection to the drone was broken and we lost the drone. After around five hours, we found it. It was almost undamaged, only one propeller was broken. As a snow storm started early Friday morning January 10th, we decided to go back to the station. Snow storm continued until early Monday morning. On Monday January 14th, we went back to Mount Nils Larsen to accomplish the remaining flight missions.

This year we were lucky and we had around 10 days of good weather for camping. We successfully completed our field campaign at Nils Larsen. Now, I’m preparing reconnaissance fieldtrips to other mountains located at the south and east of the chain, such as Duffekfjellet and Norhaugen. We continue tracing the pace of past warming phases and their geo-archives.

Powering the IoT and AI with Location throughout “New Normal”

While digital infrastructure might not be the cure to COVID-19, the disease caused by the coronavirus, it is undoubtedly helping the world cope in...
Read more
LASER SCANNING & LIDAR

Routine inspection of power transmission lines is critical for securing the uninterrupted distribution of electricity. Recently, energy service providers have been turning to the sky...
Read more
UAV & DRONES

The Evolution of Accurate Drone Mapping

Over the past decade, the process of creating accurate 3D maps and models from drone photos, "Drone Mapping" has come a long way. Drone...
Read more 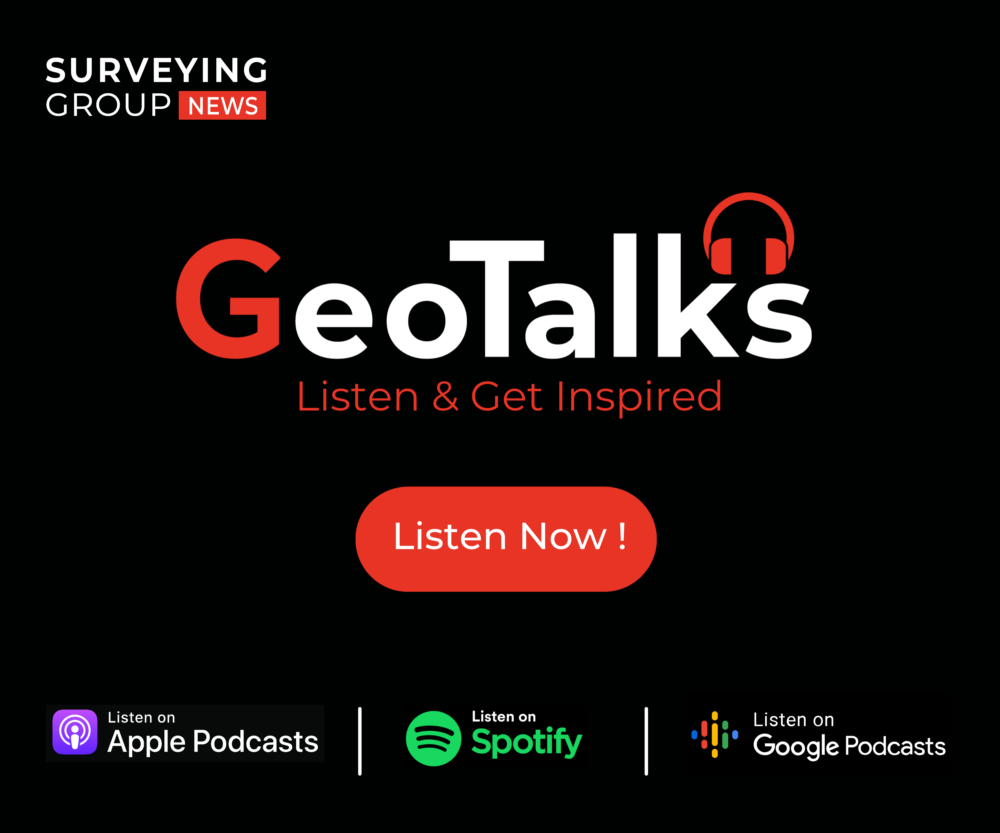 Digital Surveying: How To Get Started

We have mentioned ‘digital surveying’ in a few articles recently. Time to explore this subject further and tell you how you can start easily. Your...
Read more
EVENTS

The GeoMixer monthly event is a new opportunity to network with other remote sensing scientists at all career stages from around the world!This virtual...
Read more
BIM & Modelling

Digital Twin in Logistics: Enabling Transparency and Accuracy in E-Commerce

According to a DHL trend report, the concept and rise of digital twins can create value in the logistic industry. One of the major...
Read more