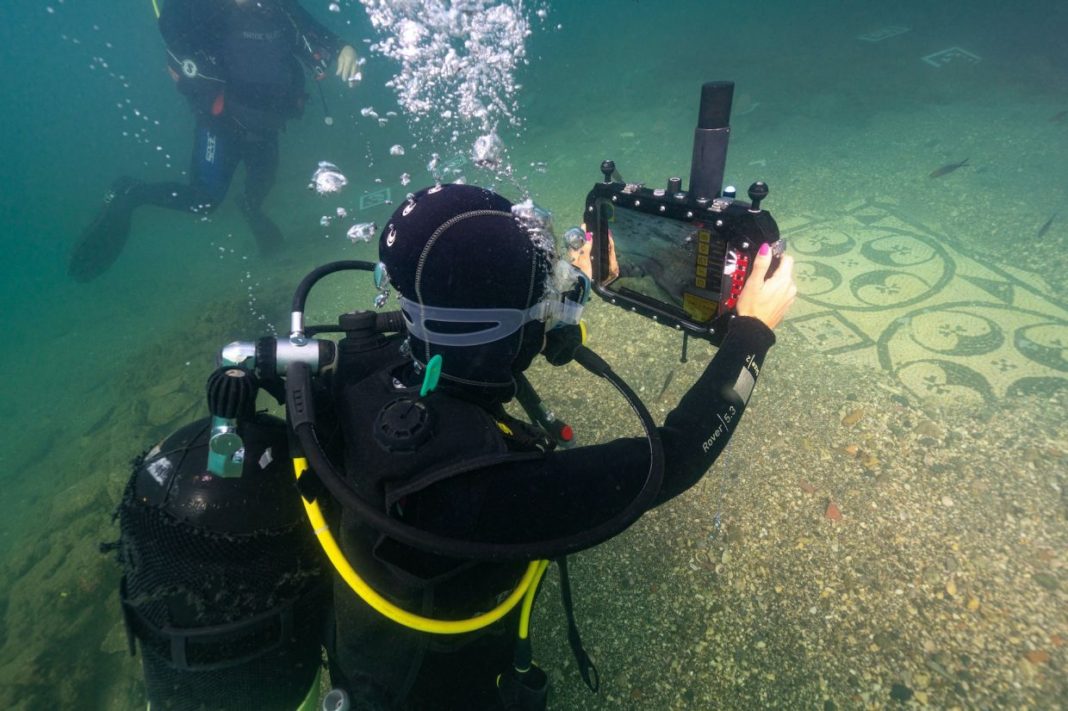 The Mediterranean Sea has a vast maritime heritage which exploitation is made difficult because of the many limitations imposed by the submerged environment. Archaeological diving tours, in fact, suffer from the impossibility to provide underwater an exhaustive explanation of the submerged remains. Furthermore, low visibility conditions, due to water turbidity and biological colonization, sometimes make very confusing for tourists to find their way around in the underwater archaeological site. Be they amateurs or professional, how can the divers have an exact idea of how the archaeological remains appeared in the past? Underwater Augmented Reality is for a really immersive dive! It was realized on a tailor-made underwater tablet that allows the diver to better orientate itself in the submerged environment and enhance diving experience through an on-site augmented visualization representing a 3D hypothetical reconstruction of the ancient ruins present in the underwater site. 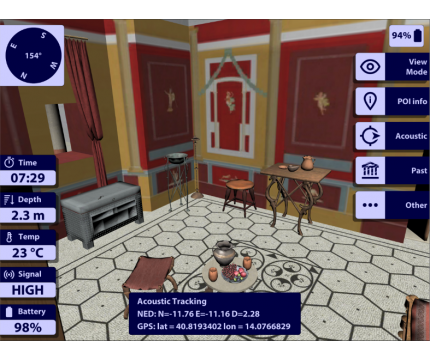 The most engaging feature of Divy is its Underwater Augmented Reality (UWAR), which delivers divers a new and more immersive experience than a classic recreational dive. The AR allows the diver to view hypothetical reconstructions of structures and artifacts in an underwater archaeological site, superimposing them and showing how the archaeological remains appeared in the past.

“3D Research Srl started developing this idea in 2014, when, thanks to a national project, we started to work on an underwater tablet. We wanted to overcome two of the biggest issues of underwater exploration: low visibility conditions that lead to less understanding of the underwater environment, and the fact that it’s impossible to use (Global Navigation Satellite System) sensors to locate divers underwater, as their signals are absorbed in water only a few centimetres below sea level.” 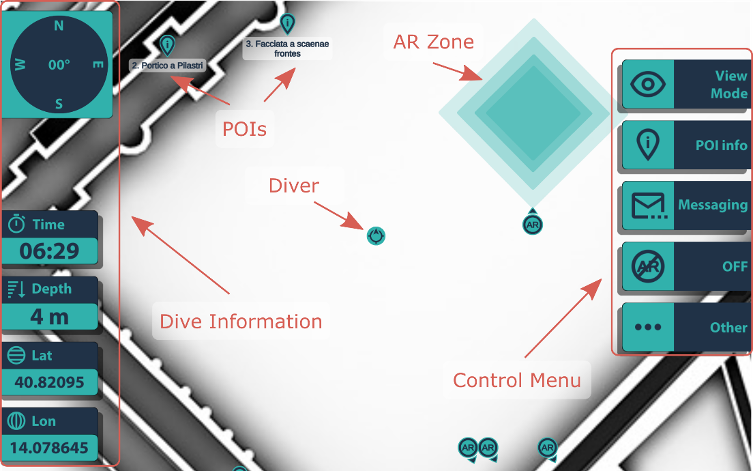 The project relies on augmented reality technologies to provide divers with an innovative and immersive experience, enabling them to visualize a 3D hypothesis that depicts how the ancient ruins in the underwater archaeological site could have appeared in the past. The diver can activate the UWAR feature for specific AR zones that are displayed as an overlay over a map of the underwater site. They can switch between the visualization representing the actual conditions of the ancient ruins in the underwater site and the hypothetical 3D reconstruction of how the site appeared in the past.

The diver can choose between a top-view visualization and a first-person view. The top-view is especially useful for orienting in the underwater environment whereas the first-person allows them to fully enjoy the AR view. While in AR mode and first-person view, the user can move around the tablet, rolling and pitching, to change the point-of-view of the camera.