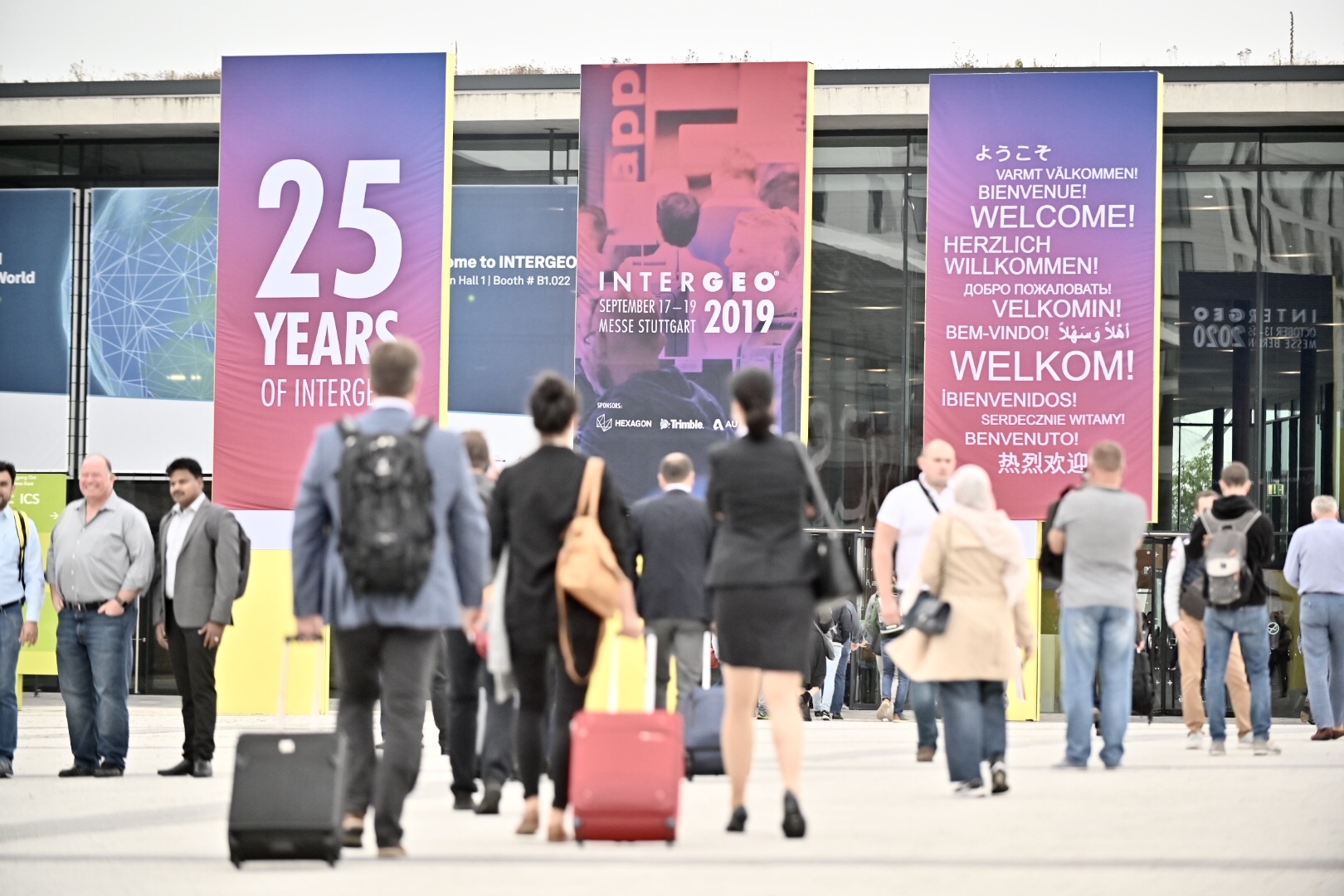 We were in Stuttgart to attend to the Intergeo exhibition celebrating its 25th anniversary and we tried to sum up the latest developments in the laser scanning sector for you. Let’s have a look!

Topcon has been keeping up with the trend of merging laser scanner and totalstation functionalities in one unit for a while. Thus , one of the most interested unit of TOPCON ‘s booth was the new GTL-1000. This device brought a new approach. It is produced for integrating and centralizing reality capture,3d measurement, stake out or layout processes TOPCON has not only focused on the hardware, but also cooperated with CLEAREDGE3D for integrating their solutions in VERITY software into TOPCON workflows for As-built and QC automatisation. On the other hand , we have not observed a big change in the UAV hardwares but in Photogrammetry field they cooperated with BENTLEY to integrate CONTEXT CAPTURE to TOPCON workflows.

So, we are witnessing more compact / functional devices and smart workflows.

Z+F , one of the pioneering manufacturers in terms of laser scanning when the speed and quality matters, has been showing off the market with its 50xx series (5006,5010,5010C,5010X,5016…) for a long time. We are observing the company is focusing on mobile mapping systems as well. They have been giving their profiler 9012 series to many mobile mapping device companies for a while already, but meanwhile it seems as if they created some imaging and positioning solutions which can be integrated to 9012 ,such as MAPCAM S and MAPCAM C . In the laser scanning world, from airborne lidars to mobile scanning systems, one of the leading manufacturers is Riegl ofcourse.
This year , Riegl’s VUX-240  won the Wichmann Innovation Award at Intergeo. The company produces lidar units for many types and sizes, thus, any lidar platforms could use. Riegl‘s VUX-1 already proven itself by getting its place within many mobile mapping platforms such as Trimble’s MX 9 and CHC’s Alpha 3D. A bit smaller version of the unit  called miniUVX-1 ,has been also used by many UAV platforms. However the new toy VUX-240 seems to change the UAV lidar games once and for all. We must be ready for more autonomus drone missions with that smaller lidar sensor in the near future! A change we saw is on the terrestrial laser scanner called VZ 400i is that, the external camera is now taken into a rugged housing and fixed to the body in order to avoid calibration problems and IP issues.

VZ-400i  has many technical superiorities , however I would like to mention two of them which i like most.

1- Multiple processor  : The device is able to do scan registration internally by using one processor, while it continues data collection with the other. So that, there is no performans issues occur due to this multiple missions and the user gets registered data directly after fieldwork

2-Communication options: If you use a cloud service, this device is able to connect and send the scan data to your cloud. And this function, will be a gamechanger when 5G communication infrastructure is established. It is very exciting to dream about the possibility to get the big scan data from the field to the office almost realtime!